In 1864 Henry Culp purchased a farm on what is now East Home Road, then considered north of Springfield. After the death of his first wife, he married Mary Mathilda; he was 65, she was 25 (see photo top right). Their son Walter inherited the property and lived in the home with his wife Irene.

Walter's son Charles did a major remodeling of the home with his wife Dorothy in 1948. He excavated the lake on the property, where there are natural springs, to give him a place to fish between his beloved trips to Lake Erie. Culp Lake is only about 12 feet deep at its lowest point.
After Charles' death in 1966, Dorothy lived in the home until her death in 2003, outliving her children. Her grandson Steve and his wife Kris lived with her for the last several years of her life. They now live in the family home, and their son Matt lives in the lake house. 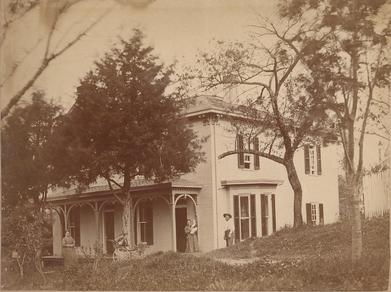 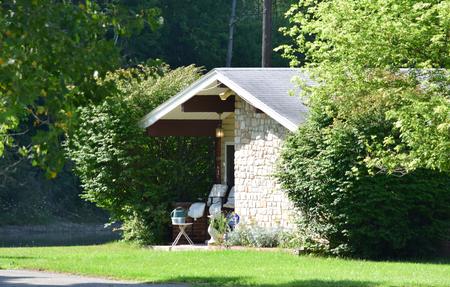 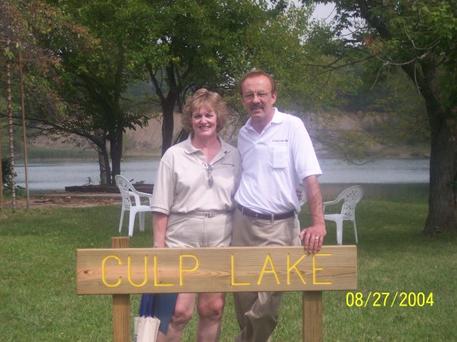 Charles originally built the lake house to serve as a gun club. It was later remodeled and expanded by his son James and served as the office for the family’s asphalt paving company.

The west side of the family home was built in 1854 and was originally the front of the house. When Henry Culp purchased the home in 1865, he added the larger east side and changed the front entry orientation to the south side.

This photo of Steve and Kris Culp was taken at the formal dedication of Culp Lake in 2004. We completed a process through the U.S. Department of the Interior to have the lake formally recognized as Culp Lake, named in honor of Henry Culp, Steve's great great grandfather. Once the request was approved, the lake's name became official on U.S. maps, and appears on map sites such as Mapquest and Google Earth.